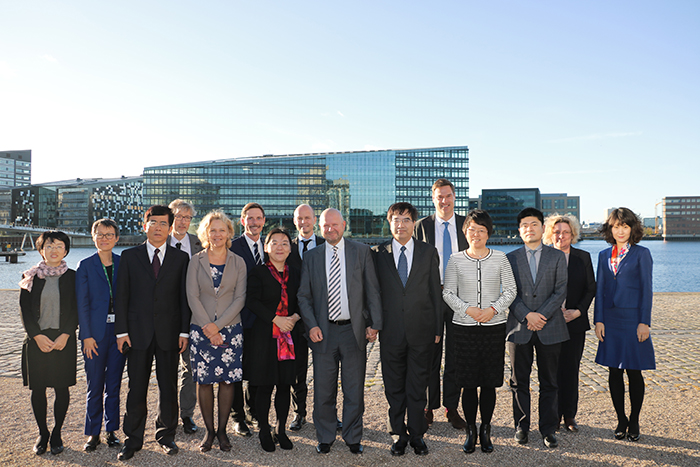 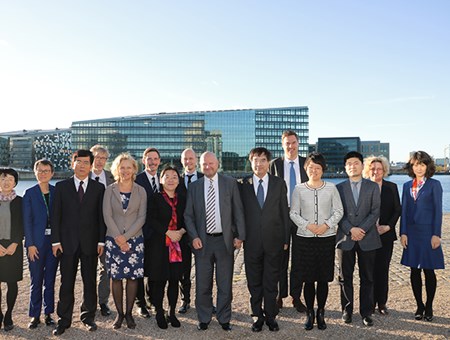 The cooperation between the China Food and Drug Administration (CFDA) and the Danish Medicines Agency continues at full momentum after the state visit in May when the Chinese and Danish Ministers for Health signed a Memorandum of Understanding.

On Monday 9 October, a Chinese delegation headed by Xu Jinghe visited the Danish Medicines Agency. Xu Jinghe is Director General of the CFDA’s Department of Legal Affairs and one of the main architects of the renewal of the Chinese medicines legislation.

The revised medicines act provides an important answer as to how 1.4 billion Chinese will get access to safe and accessible medicines, and how China as an industrial nation becomes one of the global players in the pharmaceutical field.

As at previous meetings, the Chinese approach was characterised by great honesty and pragmatism. They attach crucial importance to defining relevant and critical issues that the legislation must provide the answers to.

The dialogue with our Chinese colleagues encourages us to reflect on our own premise of the regulatory role, organisation, processes etc. This dialogue will continue in November when several of our inspectors are travelling to Beijing to elaborate on the risk-based approach and the procedures for conducting various types of inspections.

The CFDA’s presentation of their work with the regulatory reform was conceptually impressive. The objectives for China as a life science nation and a global player are extremely ambitious. They are pursuing a long-term strategy and are making massive investments.