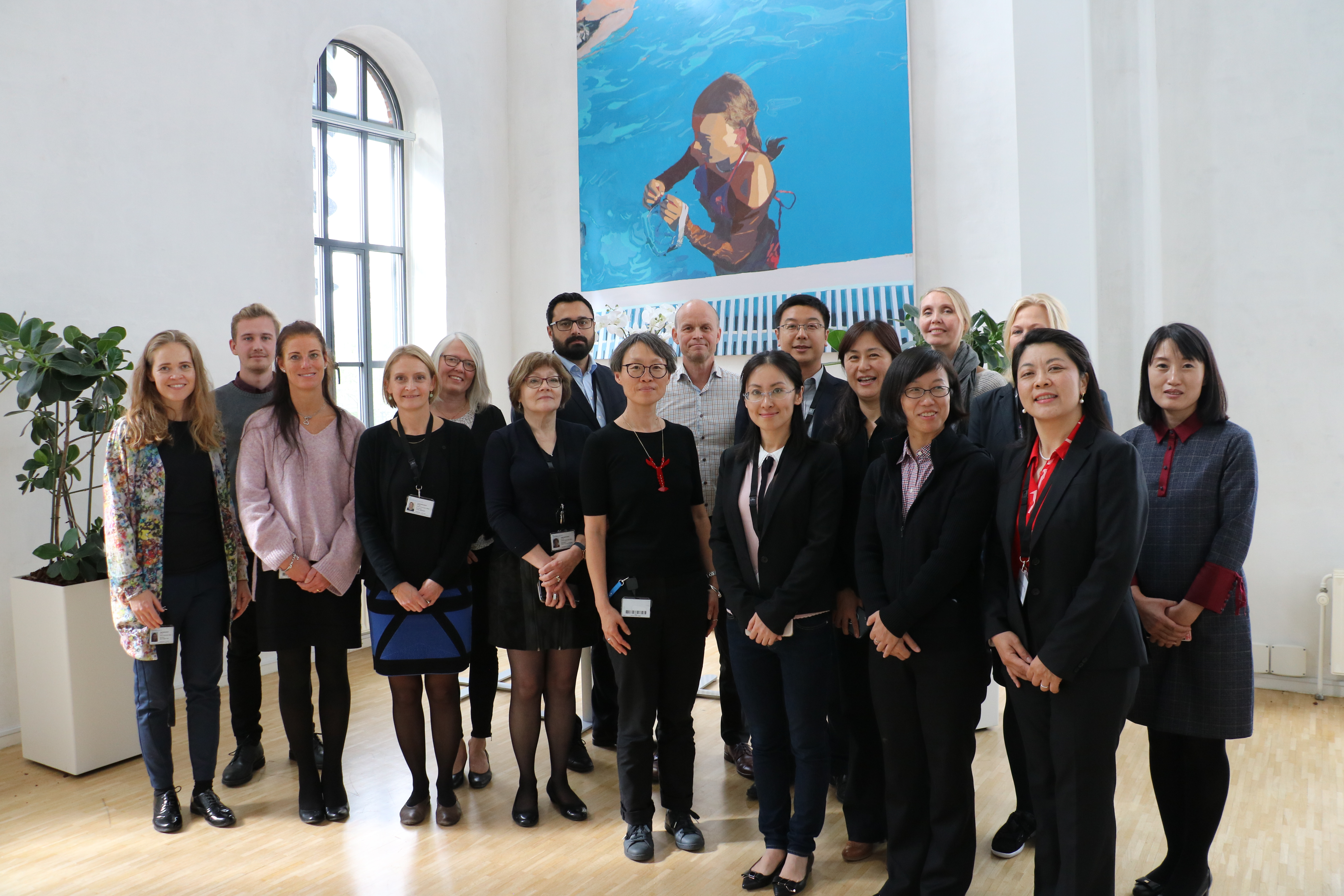 A delegation from the Centre for Drug Evaluation under the China National Medical Products Administration visited the Danish Medicines Agency this week to discuss clinical trials and drug monitoring, among other things. The meeting at the Danish Medicines Agency is part of a Danish-Chinese collaboration under the auspices of the China-Denmark Food and Drug Regulatory Cooperation Centre, which was established with the signing of a collaboration agreement in May of last year, and which aims to strengthen regulatory efforts in the two countries.

The Danish Medicines Agency received a visit this week from China’s Centre for Drug Evaluation.

The Danish-Chinese inter-agency collaboration in the pharmaceutical area was initiated with a view to strengthening regulatory efforts in both countries. Through the Danish Medicines Agency, China’s Centre for Drug Evaluation gains better access to knowledge about drug monitoring in a European context, while from a Danish perspective, contact with the Chinese representatives is part of the Agency’s focus on international collaboration.