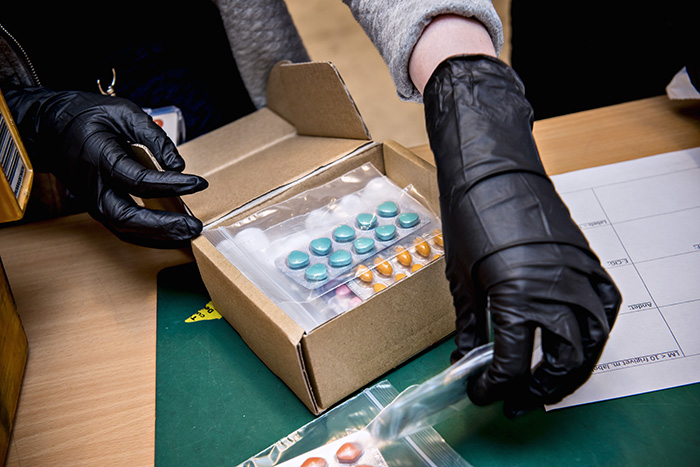 Illegal sale of medicines is a global problem and often takes place across borders. Consequently, the Danish Medicines Agency, the Danish customs and tax authorities and the Danish Police participated in the recent global Operation Pangea IX, which cracked down hard on illicit websites around the world.

Worldwide, the operation resulted in 393 arrests, inspection of 339,919 packages and seizure of over 12,229,005 units containing potentially life-threatening medicines worth an estimated USD 53,262,732. More than 4,900 websites were taken offline or had their payment facilities removed.

”In Denmark, the Danish tax authorities primarily stop illegally imported potency-enhancing medicine and sleeping medicine. But more risky products are also being traded and imported. As a consumer, you have no assurance of the contents of the illegal medicine, and it may represent a hazard to your health. We recommend that you only buy medicines from authorised distributors,” says Stine Gregers Hørsøe, lawyer at the Danish Medicines Agency.

Moreover, a number of websites were reported to the State Prosecutor for Serious Economic and International Crime and INTERPOL for suspected illegal sale of medicines. In addition to the health-related risks, consumers are advised to watch out for identity theft, credit card fraud and computer viruses if they buy medicines at online shops that are not authorised to sell medicine.

Consumers should be careful when they buy medicines online

Operation PANGEA IX, the largest-ever Internet-based operation, took place from 30 May to 7 June 2016 with the participation of drug regulatory authorities, police and customs authorities. A total of 193 agencies from 103 countries took part in the operation, supported by electronic payment companies (VISA and MasterCard), internet providers (Microsoft) and transportation industries. 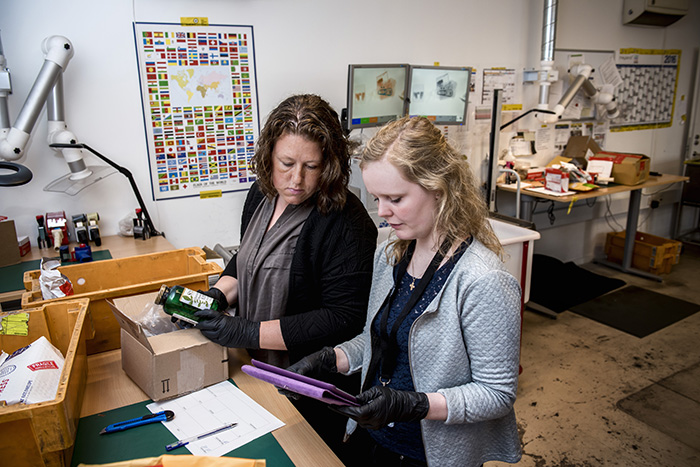 Stine Gregers Hørsøe, lawyer, and Sine Thagaard Johansen, pharmacist student and assistant at the Danish Medicines Agency, regularly inspect packages containing medicines at the Danish tax authorities in Copenhagen airport. Illegally imported medicines are stopped, and the citizen who imported the medicine will be contacted.