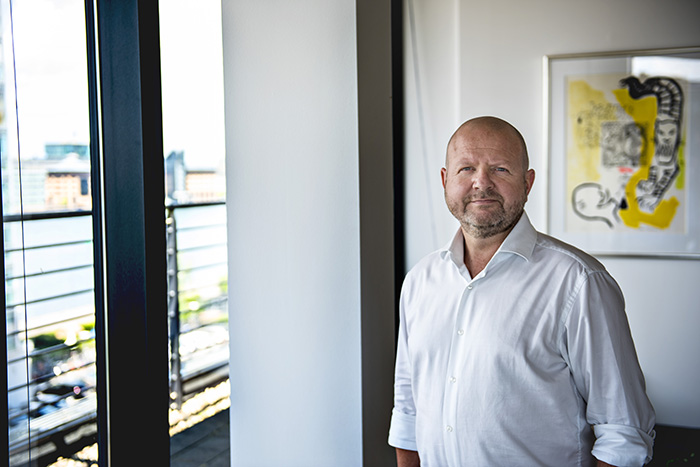 ”The Danish Medicines Agency is excited about the Danish Government’s decision. The EMA is the most important European coordination forum in the pharmaceutical field, and Copenhagen offers a visionary and innovative life science cluster. Major international pharmaceutical companies have a presence in Copenhagen, and we offer a strong administration and unique culture for collaboration between the health sector and universities in Denmark and southern Sweden,” says Thomas Senderovitz, Director General of the Danish Medicines Agency.

According to Transparency International, corruption and bribery in the public sector are virtually unknown in Denmark. In addition, Denmark has a leading position in health data and patient safety.

”The Danish Medicines Agency is a committed partner of the EMA, and many of our employees are dedicated members of scientific committees and working groups under the EMA. There is no doubt that Brexit will have a major impact on the cooperation on medicinal products throughout Europe, especially because the UK’s Medicines and Healthcare products Regulatory Agency is currently contributing significantly to the scientific work at EMA. Consequently, we are bringing more staff into our organisation, and we are willing to take more than a fair share of future assessments. We are also making efforts to strengthen our capacity within scientific advice and biostatistics,” says Thomas Senderovitz.

Today, the Danish Medicines Agency employs around 400 employees and is centrally located in Copenhagen.

“We have good personal relations with the EMA employees who will relocate to the new host country, and I would like to say to them that Copenhagen is a great place to live! The water in the canals of Copenhagen is so clean that you can swim in it, and most locations in the city centre are within biking distance. Living standards are generally high, and Copenhagen offers a great mix of entertainment and has several international schools of a high standard,” says Thomas Senderovitz.

He adds that Copenhagen Airport is the best connected airport in Scandinavia and offers direct flights to most capitals and major cities in the EU. ”And you can reach the city by train in 12 minutes from the airport,” says Thomas Senderovitz.

The Danish Government has established a network consisting of the Danish Medicines Agency, the Ministry of Health, the Ministry of Industry, Business and Financial Affairs, the Ministry of Foreign Affairs of Denmark and the City of Copenhagen that will seek to make Denmark the next base for the EMA.

Relocation of the EMA to Copenhagen