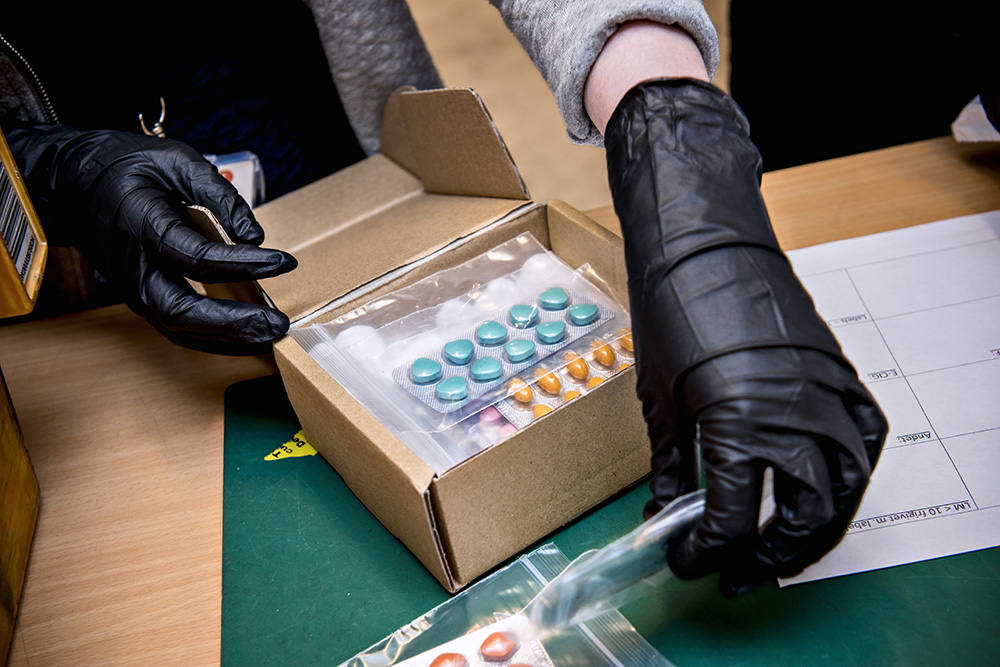 The global action Operation Pangea targeting the illicit sale of medicines and medical devices has now finished, and the results have been established. 635 parcels containing illegally imported medicines were seized in Denmark.

The global Operation Pangea targeting the illicit sale of medicines has now finished. More than 50 countries took part in the action, 121 people were arrested or are being investigated further, and more than 2,500 unlawful websites were closed down. Like the previous years, erectile dysfunction products and various types of analgesics/painkillers accounted for a large proportion of the products seized.

During the operation, customs officers of the Danish Customs Agency, assisted by the Danish Medicines Agency, inspected thousands of packages in search of illicit medicines and medical devices. A total of 9,000 parcels were inspected, and 635 parcels containing illegally imported medicines were seized for further investigation. A further 81 parcels containing doping and narcotic drugs and psychotropic substances (euphoriant substances) were seized. All illegal medicines have been handed over to the Danish Medicines Agency.

Large amounts of prescription-only erectile dysfunction products were seized by the Danish Medicines Agency like in previous years.

Along with erectile dysfunction products, the Danish Medicines Agency also seized several types of prescription-only analgesics such as tramadol, modafinil (products which can be misused as so-called “study drugs”), melatonin (a product that regulates sleep) as well as several types of prescription-only antibiotics. A total of 36,000 units of medicines were seized (tablets, capsules, ampoules, etc.).

Globally, more than 37,000 units of illegal and counterfeit medical devices were seized, of which more than 34,000 were face masks. Interpol assesses that the increase in the number of medical devices seized is related to COVID-19.

The 13th edition of Operation Pangea took place from 3 to 10 March 2020. The global week of action resulted in 121 arrests and further investigation of individuals and more than 37 organised crime groups or networks.

More than 48,000 consignments containing illegal medicines were seized, which together account for more than 4 million units of potentially life-threatening medicines worth an estimated DKK 100 million.

More than 2,500 websites were closed down or had their payment solutions removed. A further 6,000 websites are still being investigated.

26 websites that sell medicines illegally to Danish consumers were reported to Interpol. Three websites were closed down.

About 9,000 consignments were inspected by the Danish Customs Agency in Denmark.

81 consignments containing doping or narcotic drugs and psychotropic substances (euphoriant substances) were seized and are being handed over to the policy.

Link to Interpols pressrelease on Pangea 2020